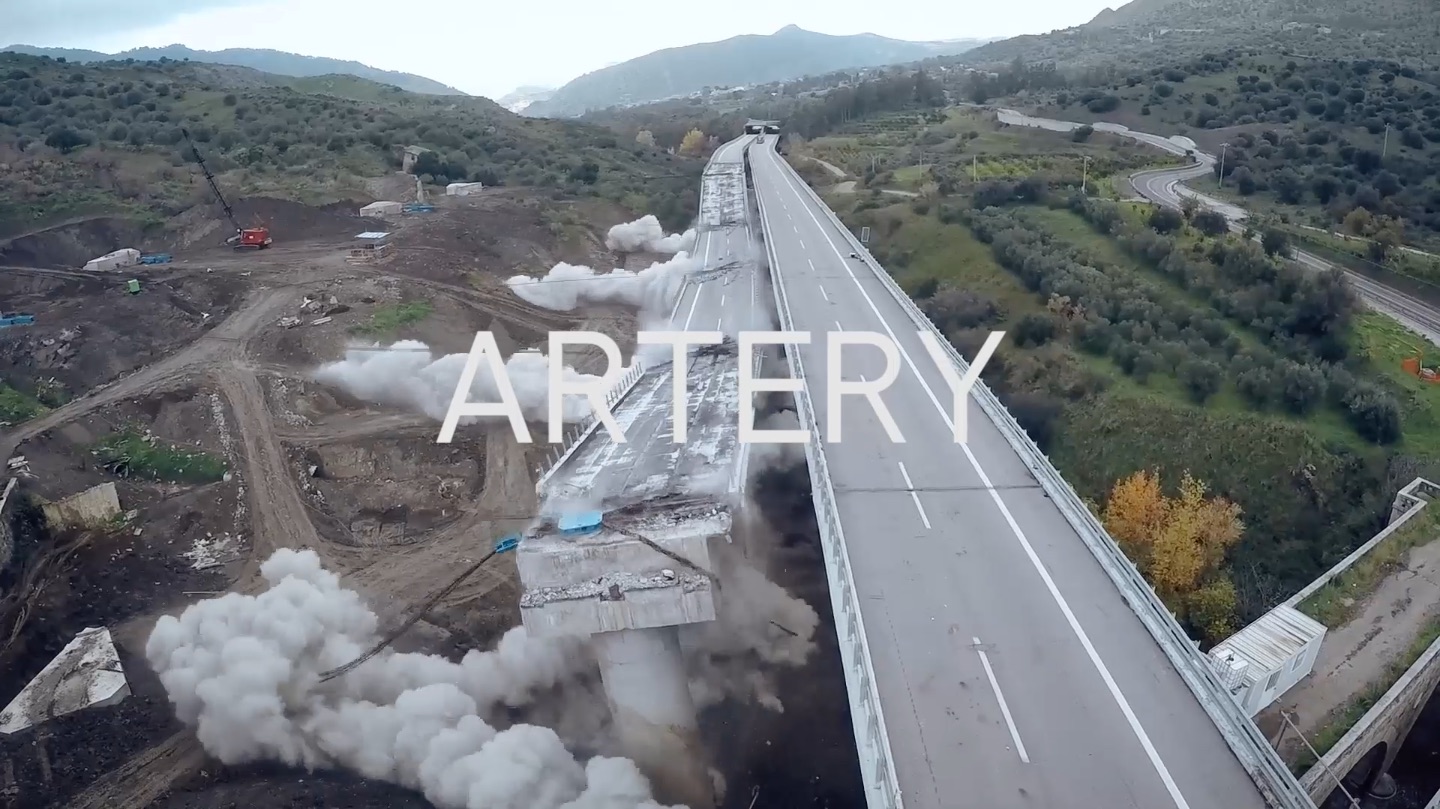 The work of the artistic collective Concrete Group is the visual result of the encounter between two artists, Gabriele Abbruzzese and Lisa Wade, who come from different countries, backgrounds and training experiences that have decided to develop a joint artistic research from different perspectives.

The photographic works and the video of the exhibition, Artery, take shape from a specific event, the landslide that cut through the A19 motorway, the main artery between the east and west of Sicily: to date, the Imera bridge, whose pylons have yielded in 2015, has not yet been repaired.

The dramatic laceration of the territory gives Concrete Group the opportunity to address issues such as the disintegration of infrastructure and the parallel social discontinuity and apathy symptomatic of our time. The photographic works, A19, and the video, Infinity (Loop), highlight both the physical and emotional constraints of circulation and the instability of the human race in relation to its own context.

Concrete Group is the collective formed by Lisa Wade and Gabriele Abbruzzese, visual artists living in Sicily. Lisa Wade, born in the United States, holds a Master of Fine Arts degree in painting from the American University of Washington and works through installations, painting and video. Gabriele Abbruzzese, born in Sicily, graduated in New Technological Arts at the Academy of Fine Arts in Catania and works with sculpture, photography and video.

The artists of the Concrete Group share an aesthetic basis and combine their artistic practices in themes such as social deconstruction and anthropological changes, questioning the stability of our social foundations.