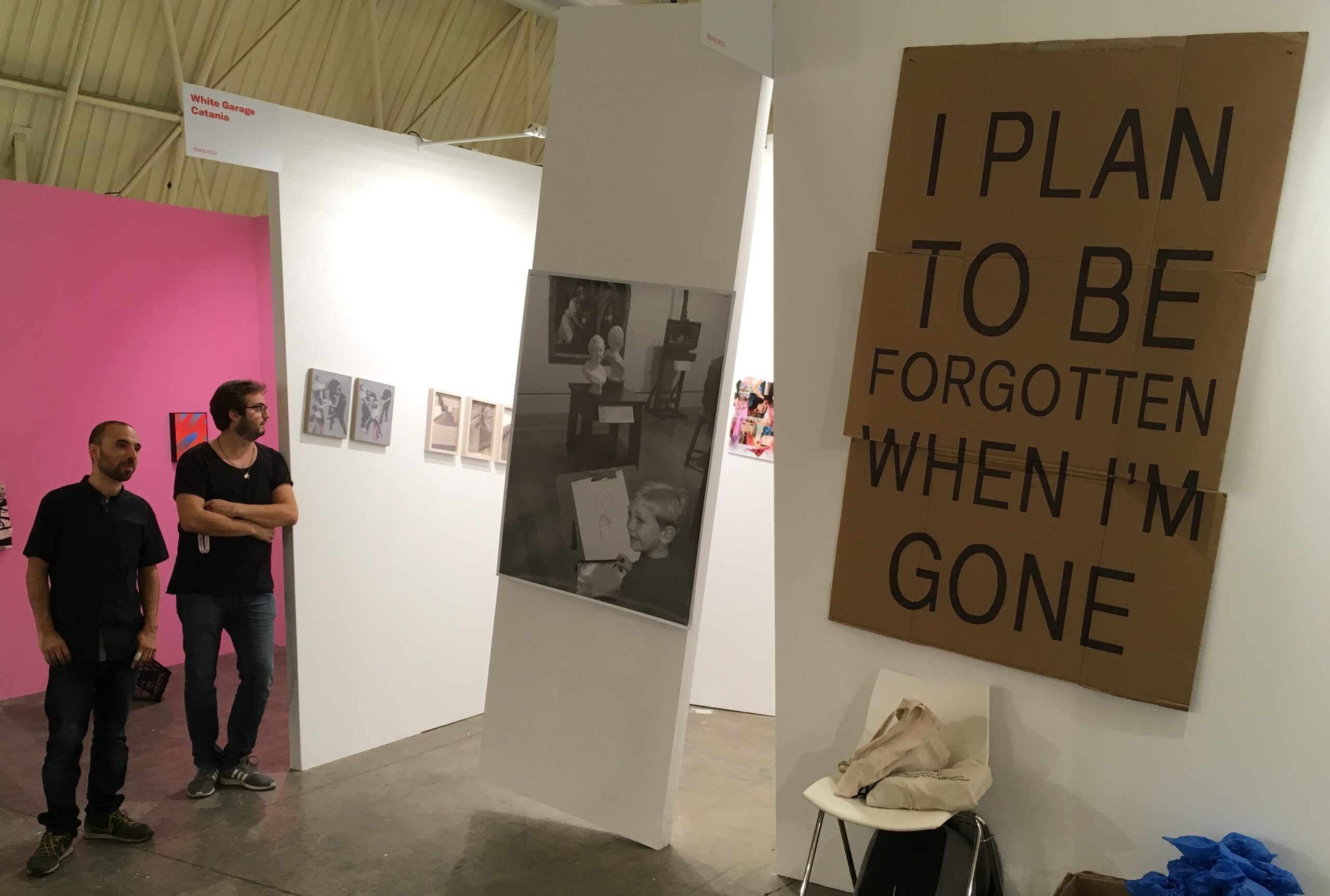 The project “Homage to Piero Manzoni” is presented from 26 to 29 September at the SWAB Fair (Barcelona) in the section Seed (S7). Fabrice Bernasconi Borzì, whose work breaks up and recreates a delicate balance, has added an inclined wall to the three of the stand: ten degrees, a little more than the inclination of the earth’s axis on the equator and half of that on the plane of its elliptical orbit.
All the works of the other artists in the gallery will be mounted with the same inclination. The contours of the works sold to collectors will be drawn on the wall. Each authentic work in the project also bears the words “Homage to…”.
The other artists are: canecapovolto, Concrete group (Gabriele Abbruzzese and Lisa Wade), Simone Caruso, Zoltan Fazekas, Ettore Pinelli, Rossana Taormina. All have developed research that highlights the ways in which art can escape the conformism of modern media. In fact, Marcuse’s dystopia of the “one-dimensional man” seems to have established itself today rather than at the time it was theorized. All artists interact with space and the public.
At the end of SWAB will remain the stand with the traces of the artists’ works.
Bernasconi Borzì’s final “inclined” work will be destroyed unless it is purchased by a public space – a foundation, a museum – as evidence of an art that not only resists market fluctuations, but uses them as part of a project to reflect on the need for balance in individuals and the planet.

Concrete Group presents a photographic work on the famous “Cretto” by Alberto Burri on the ruins of the earthquake in Gibellina.
canecapovolto makes photographic collages based on their video art experiences (the series brought to Swab is inspired by Dalí.
Simone Caruso shows glimpses of the youth imagination and representations of the new technological religion.
Ettore Pinelli’s oil paintings are reflections on themes linked to revolt and violence: Swab’s cycle is inspired by scenes from parliamentary life.
Rossana Taormina creates poetic works linked to memory, which is erased by the over-accelerated passing of time.
Zoltan Fazekas buried the slides as a gesture of reaction to the images and then exhumed them to show the result of her creative re-appropriation.