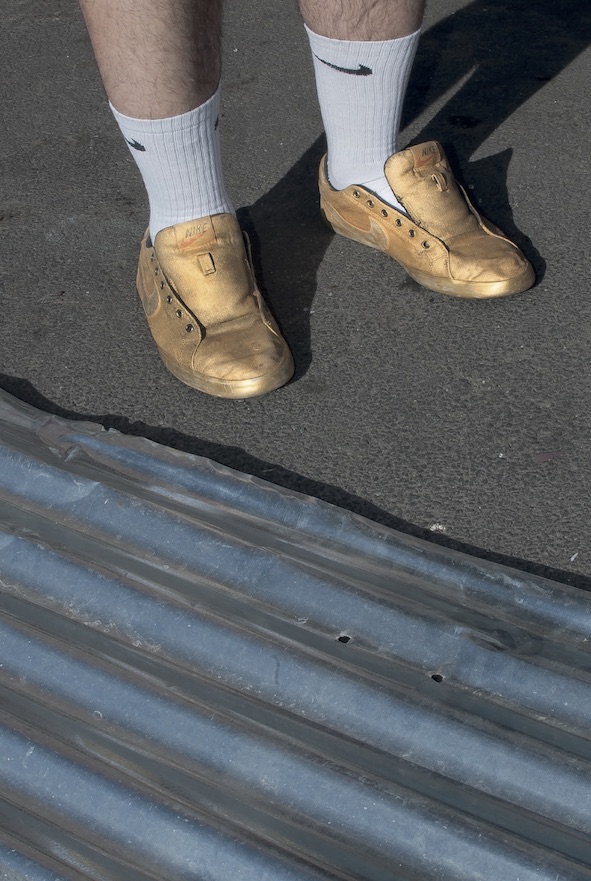 In an age in which the coldness of artificial intelligence (AI) increasingly influences people’s behaviour and tastes, the works of Fabrice Bernasconi Borzì and Simone Caruso bring healthy “madness”. A “metallic madness” that reaffirms the centrality of human awareness in a world where machines have begun to “think” in our place. Fabrice’s objects in precarious equilibrium and Simone’s mythopoietic intuitions trace parallel paths of re-appropriation of one’s own imagination. What is definitively put aside is the fear of confronting the so-called youth “subcultures”, perhaps the only cultures left today outside the unique thought of AI. A modern eulogy of madness: on the other hand, madmen, visionaries and saints have not been united since now.

Young Sicilian artists are thus confronted with the contemporary and with the friezes of one of the most beautiful palaces of Ragusa and Baroque Sicily. They do not use them in the manner of frames. They reflect them. Contemporary languages and atmospheres of the past dialogue in a single environment, ancient and modern at the same time allowing a fleeting look at the future of the entire Mediterranean.