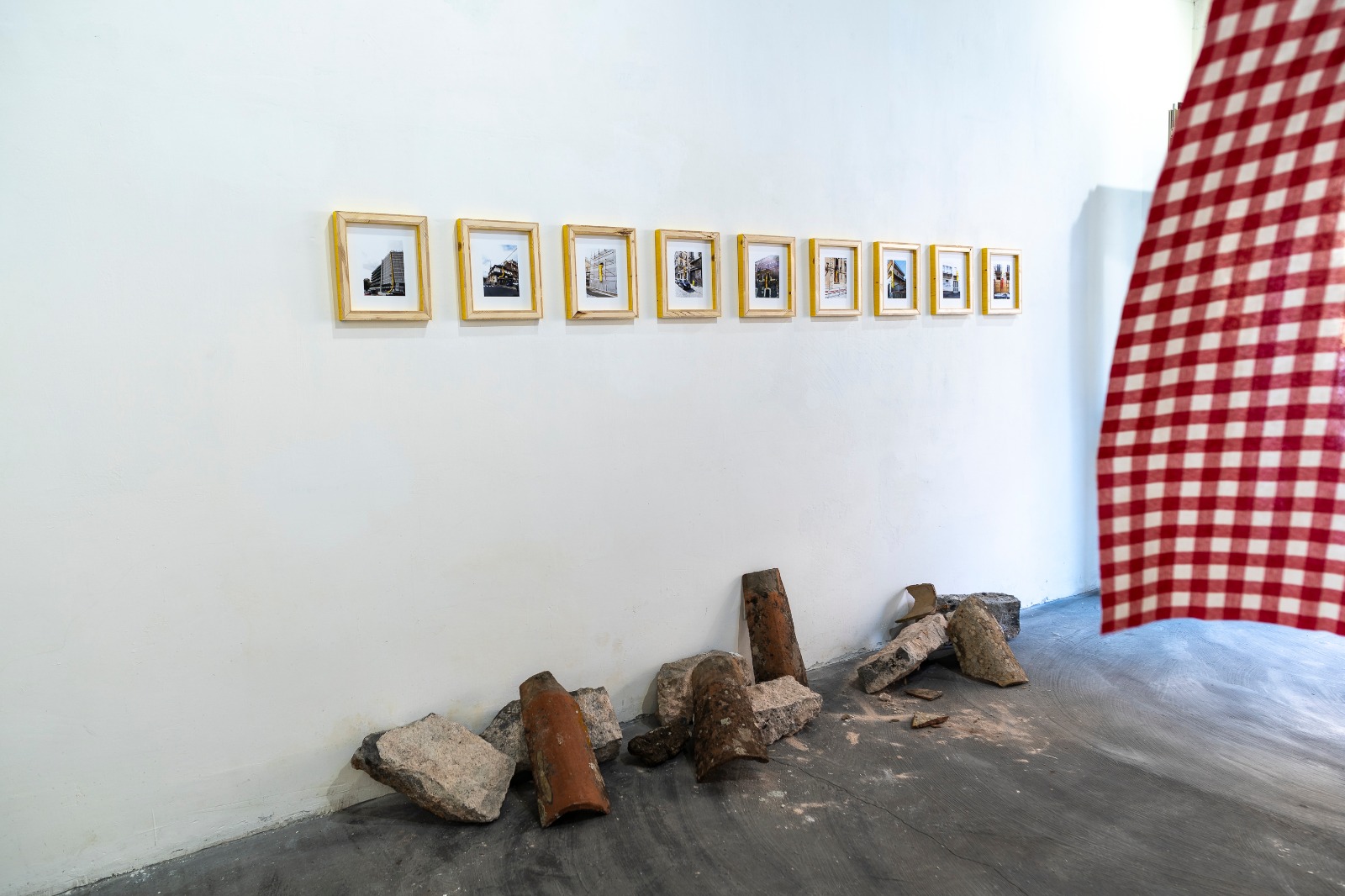 Saturday, July 11, 2020, starting from 6 pm, the White Garage Gallery presents La vie d’ici bas, literally Life down here first solo exhibition in Sicily by the young artist Fabrice Bernasconi Borzì. Born 30 years ago, Swiss and Italian citizen, Fabrice studied at HEAD in Geneva, lived in Brussels, and now lives, studies and works in Catania. He has exhibited mainly in Switzerland and Italy, and his works are in private collections. He thinks of himself as a slug, a thief of ideas, and some people say he is also a slacker, but he works hard to be what he really is.

The philosophy of his work defends the notion of humility, mockery and contradiction. Inspired by poor architecture and idiocy, his work is often the product of a reflection on human beings and their detachment from their existence. Fabrice’s irony celebrates the unexpected in everyday life, discovers new actions and meanings, presents apparently common objects that relate in an absolutely unusual way to other objects and spectators.

La vie d’ici bas exhibits works and installations that reflect the diversity and multiplicity of forms and meanings of his two cultures, which sometimes conflict with each other, but which are in constant search of balance in the same person, and consequently also in his installations. His works show the expressive capacity, the “soul”, of things and animals, and precisely for this reason he makes them capable of a new kind of relationship with man.

In accordance with the rules of social distancing will enter a limited number of visitors at a time.