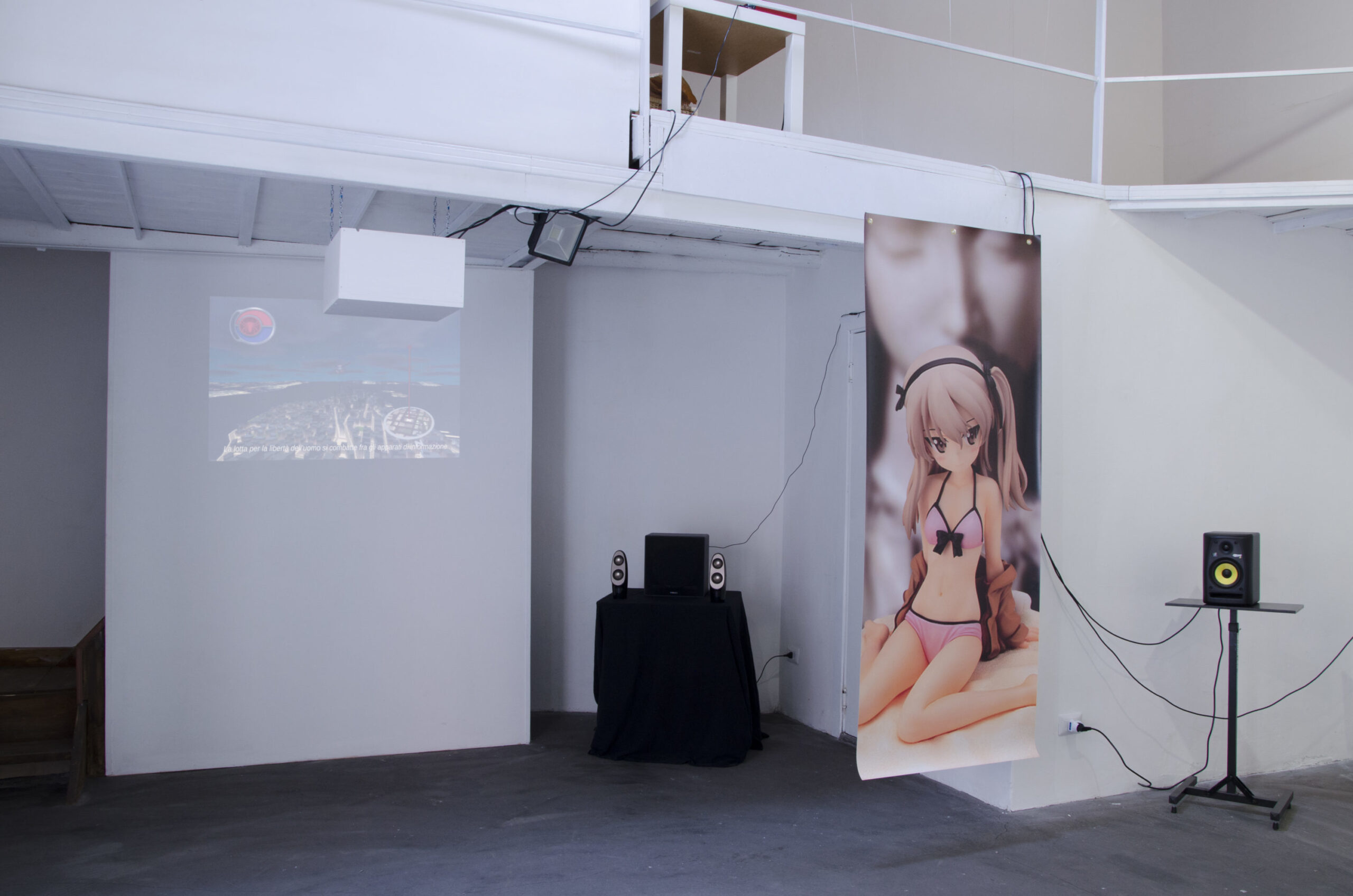 God from The Machine: interview with Simone Caruso

God from The Machine: intervista a Simone Caruso

Simone Caruso (Bronte, 1992) studied first painting and then photography at the Academy of Fine Arts in Catania. He is particularly interested in the language of images and their influence on contemporary society, with particular attention to technologies and their diffusion and use.
In 2014 he founded the sound experimentation consortium Fisherman’s Bastion. In March 2019 he held his solo exhibition God from The Machine at the White Garage gallery in Catania, an artistic and philosophical manifesto of his research career in recent years.

When did your artistic research start and what are your main themes?

The first compact research I think began in 2012; it matured, little by little, until 2016 with the writing of my thesis for my degree entitled The Society of Automation, which later resulted in the solo exhibition God from The Machine, held in March 2019, at the White Garage gallery in Catania.
The study of the image is a fundamental theme for me. We live submerged by images, this mass of solicitations has a powerful influence on us and on our society. My aim is to understand, and therefore show, how technologies for the production and diffusion of images and information change our perception of everyday reality, our way of being in the world and the sensitivity of contemporary man.
It is a vicious circle: man creates and shapes images that in turn shape the consciousness of human beings.

Your influences, inspirations, points of reference.

It is difficult to identify points of reference, I think that everything we live more or less directly is deposited within us, both for thesis and antithesis: we are continuously shaped from the outside.
My influences are almost everywhere, scattered in the experiences of my everyday life or in the memories of my childhood. I take from everything: from advertising, from comics, from the culture of the late nineties. Today time is mixed, you have the chance to listen to music made in the fifties or an album released yesterday: everything is mixed up in the post-modern culture.
Speaking in a more concrete way, I think that the most direct exchange I had was certainly with the collective Canecapovolto with whom I had the opportunity to collaborate on several occasions.

How would you define your artistic production in a few words.

The first word that comes to mind is negation. I always work for negation, both musically and visually. For example, my photographs are antiphographic, in the sense that they use the language of photography to dismantle it.
My goal is to get to the source codes of the languages in order to hack and sabotage them: to create something new you have to destroy what is old, creation always implies destruction. This is more or less the concept I expressed through my musical project Fisherman’s Bastion. I produced two albums in which, starting from concrete musical structures (for example, pop and electronics) I created something that then denied the very nature of all the influences from which I started.
I like to work for denial because the only way to escape the domain of information is for people to expect one thing and I propose another that is the exact opposite.

What is the relationship between visual and sound arts for you?

There is always a lot in the pot: a participation in Swab Barcelona, where I will present a publication I have been working on since last spring, two albums in progress (keep an eye on the soundcloud page) and other very interesting news in Catania that will involve many artists from different disciplines and not only, of which I can not reveal anything at the moment! You have to be patient until the Christmas period!
Ultimately, I’m interested above all in being able to continue to develop my research process, without a predetermined point of arrival, and let what has to be can manifest itself.