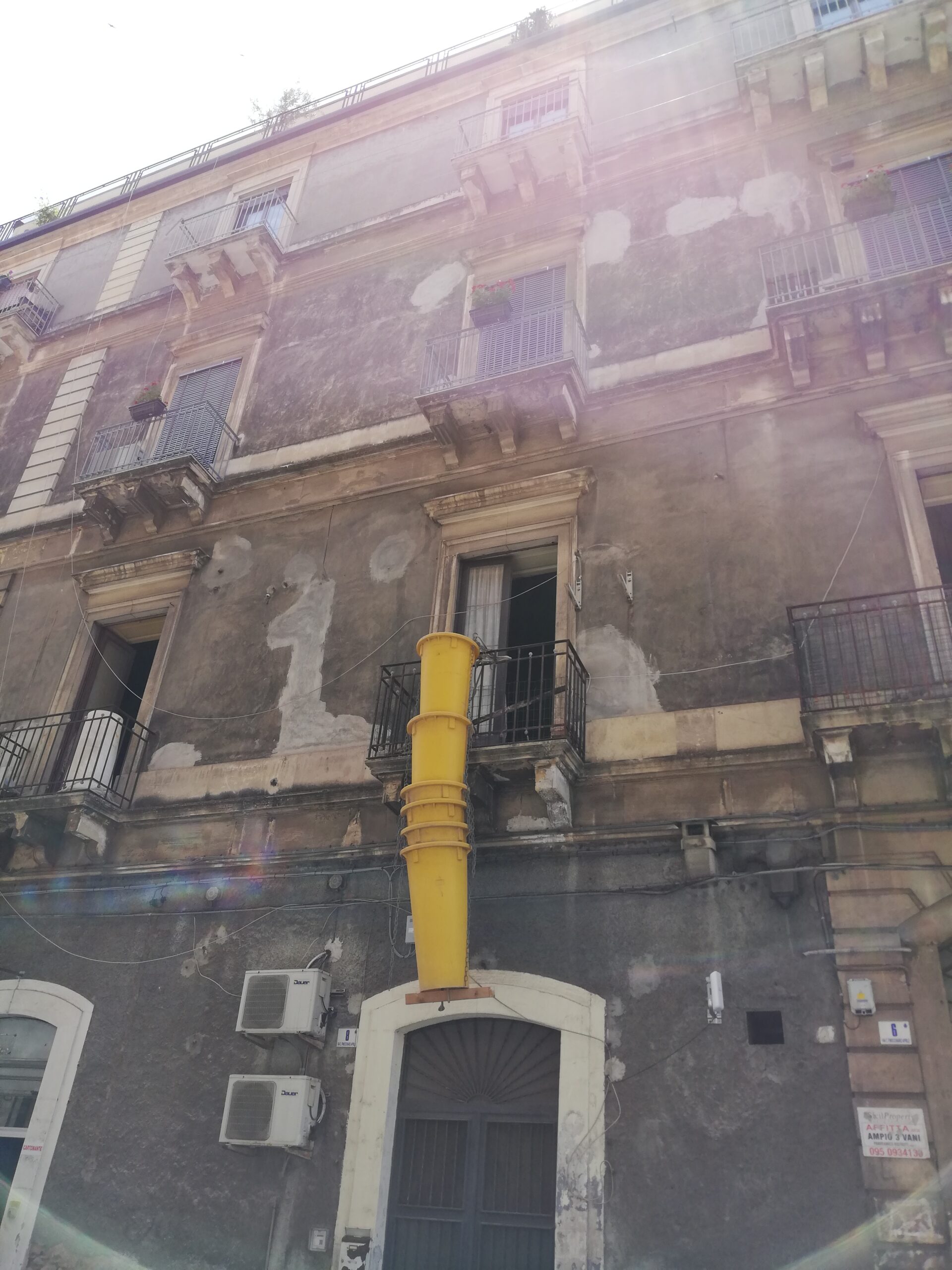 Artists have long since stopped making conventional visual representations and create works with which to establish a new relationship, as in the case of Fabrice Bernasconi Borzì.

One could say this: Fabrice creates works that speak. Or: Fabrice starts a dialogue with the works. Or also: Fabrice tells and the works respond, because they have a soul.

After all, that’s what Walter Benjamin suggested when he talked about the “aura” of the work of art. The artists were therefore concerned about a new kind of relationship with images, with objects. Let’s be clear, it’s not a new thing.

For thousands of years it was believed that the spirit of the Divinity was enclosed in particular stones or betyls. In Japan the katana sword could enclose the soul of the samurai or the spiritual testament of a great master like Rikyu could be sealed in a chashaku, the bamboo teaspoon. Even today thousands of visitors are enchanted by the mysterious living expression of the Mona Lisa. Michelangelo himself had hammered his Moses’ knee asking “why don’t you speak?”.

This last famous anecdote can be useful to give an idea of some central elements of the work of contemporary artists, such as Fabrice, who are concerned with giving voice to the works. And they do so with a completely new awareness and determination.

Awareness is one of the decisive elements. It is not a dimension of conceptual order, recalled for many decades now, but the possibility that a work operates – pass me the etymological figure – towards the viewer and other objects. What Fabrice’s works talk about, their “operation”, is the story of the artist’s “descent” from Switzerland to Sicily, in every sense this can be understood. For some it could be a “descent into hell”, but life, in the world down here, strongly recalls the ethics and aesthetics of the Diverso.

As with objects, not all places in the world are the same, despite the dialectic of globalisation. It is precisely this homogenization of everything and everyone that is refuted today by artists like Fabrice. Everything has a soul, one might say. And a word from him. And there are perspectives in which the Soul, the Aura, can be seen with greater clarity.

Last chance for the Planet

This is not a formal exercise, nor is it rhetoric. This is a last chance. Many people now, especially philosophers and artists, have understood that the degeneration of a human species that is destroying the Planet depends on a distorted relationship with objects and the reality that surrounds it. In fact, if you believe that things and animals do not have a soul (in Italian anima and animale, soul and animal, are almost the same word) why should you respect and care for them? If there is no longer the Other, but only different Equals, as Byung-Chul Han rightly claims, what could push man to know and recognize other human beings?

Fabrice is the standard bearer of a generation of artists who don’t just create objects. He creates talking works for thinking spectators. He proposes a descent that is, also and above all, an ascent. Without the rhetoric of a contemporary ideology of a public space that no longer exists. In the age of widespread private life one can only draw attention to details. This is why artists are becoming more and more precious.

Every little aspect of life contains all the possibilities. Every atom has the same possibilities as the universe, as they say in Taoism. In this sense Fabrice’s art is that of points of view and details. He takes something from the ordinary and moves it into the extraordinary. The irony springs from an awareness of the multiplicity of points of view, of the different possible shifts of meaning. In this way, every time Fabrice manages to move a viewer from a consolidated point of view, he performs a real prodigy. He literally “shifts forward” (etymology of prodigy) the limit of his understanding. If he does it with a smile, even better.

From this point of view, if humanity manages not to destroy itself, it will be a completely prodigious event. And healthy. In the meantime let’s enjoy the artists’ works and listen to what Fabrice has to say in La vie d’ici bas.