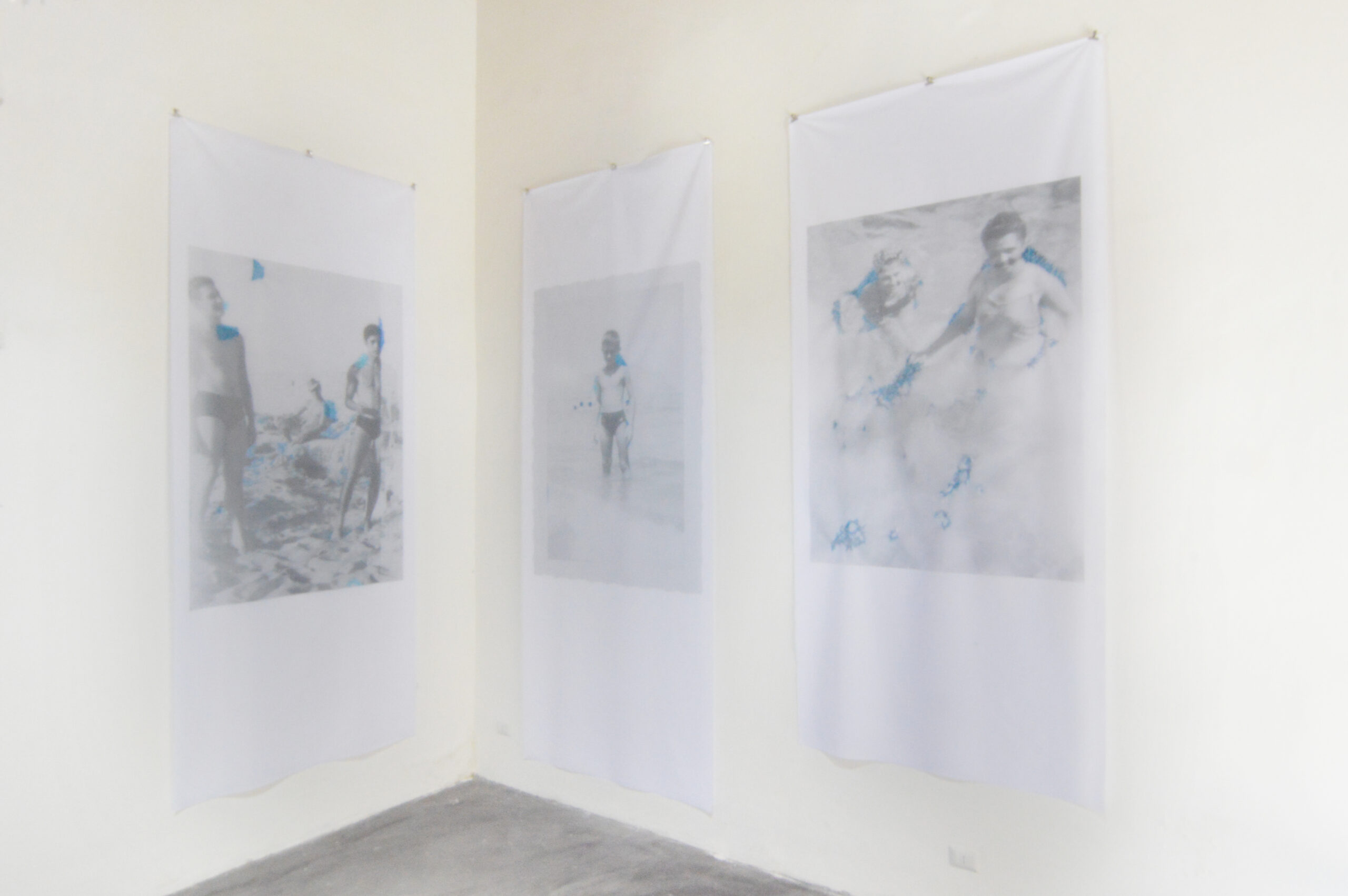 Balloon project – 25 September 2019
Rossana Taormina | Atlas
by Viviana Triscari
“Time does not exist, it is only a dimension of the soul” writes Augustine in his Confessions. And it is time, the subjective time of memory, that lived and remembered, that brings with it waste, tears, cracks, that Rossana Taormina shows at the White Garage in Catania with the exhibition entitled Atlas, part of the exhibition can still be visited in the gallery while some works are exhibited, until September 29, 2019, at the Swab Art Fair in Barcelona, Spain. The artistic direction is by Gianpiero Vincenzo.

Rossana was born in 1972 in Partanna, in the Belice Valley, shortly after the violent earthquake that struck and destroyed this area of Sicily. It is from an autobiographical event, therefore, that the artist draws his obsession for memory, for recovery, the will to safeguard anonymous existences, and the same spatial coordinates in which these existences took place. It is no coincidence that, together with the photographs, his other passion is maps. And yet, as an artist, he detaches his work from the strictly private fact, rarefying it in a more general reflection on memory and the fear of loss.

His photographs are objec trouvé (impossible, also because of the title, not to think of Gerard Richter’s Atlas), they are images retrieved from markets and then reproduced on large “flag” fabrics or in small caskets of memories. They have no artistic quality, they are souvenir photos: their quality is emotional. They are images loaded with memory and time, they are ruined, “cracked”, and it is on those signs that the artist intervenes. With a needle and a thread, he imbues new spaces in those already existing, he stitches, puts together, sutures and brings back to life. Even the practice of embroidery takes us back to its origins, to the grandmother embroiderer.

In short, in Rossana Taormina’s work there is a constant desire to combine particular and universal, the feeling of a single interiority with that of the community. A successful attempt to speak not only to those who are part of the art world through a purely linguistic and media research but also to involve the viewer.