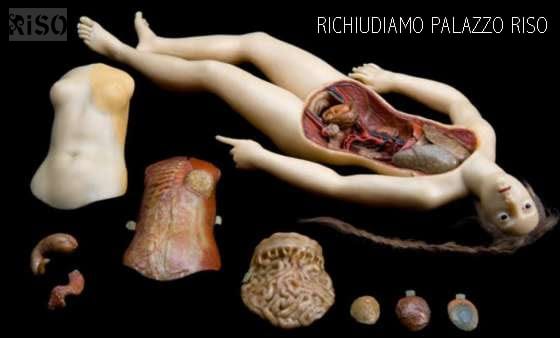 About the Riso Museum, art institutions and alternative creative projects

Once upon a time there was a museum of contemporary art…

Yes, even in Sicily there was at least one. But then, like all fairy tales, the one in the Riso Museum of Palermo is over too and the return to reality has highlighted the cultural gap that spreads over Italy like wildfire. In Italy we do not know how to manage and invest in art and culture. And if the Peninsula does not have a cultural policy, the Island has even less.

Neoliberalism has apparently gone into crisis and the State, with a capital letter, is back in fashion. European loans are the new financial horizon with which important resources can be put in place (although it remains to be seen how much will actually reach the real society). Cultural institutions could also have the opportunity to relaunch themselves. In the last few days an email was sent to Sicilian artists to renew their subscription to SACS, acronym of “Sportello per l’Arte Contemporanea della Sicilia” (Counter for Contemporary Art of Sicily). Just those same artists to whom we had turned for a survey on the possible “closure” of the Museum Riso, as a “ghost” space of art. With the awareness that the absence on the cultural level did not exclude a functionality on the level of cronyism or the exploitation of funding channels: but this is another matter.

The controversies about politics and the distribution of offices, in Sicily as elsewhere, are neither interesting nor useful. The worst thing is that in the Peninsula and the Island a cultural project is still missing. There is no idea how culture directly or indirectly feeds the system of images, which techno-capitalism feeds on. All the more reason there is no conception of how much creativity is indispensable in man’s central activity: the production of meaning.

The institutional void could be filled by a new initiative of artists, by a new reorganization of the so-called “art system”. Living in New York, London or Berlin is no longer possible, and not only from an economic point of view. There is a sort of cultural “pollution” that goes hand in hand with environmental pollution. More and more refugees from a decaying art world are looking for new points of reference and are coming to Sicily. These new nomads of art are a precious resource for the development of an alternative cultural project, made of exchanges, shared reflections, debates “in presence” and not. A project able to use innovative technologies as well as to be based on Man. Sicily is not the only place for a possible new cultural project. Certainly it can be one of those centres that the art world is desperately looking for. If you had to use a hashtag perhaps #creativealternative would be the most appropriate. At this point it is perhaps useless to spend too much time looking at politics and art institutions. Maybe it would be better if they went back to looking at artists.