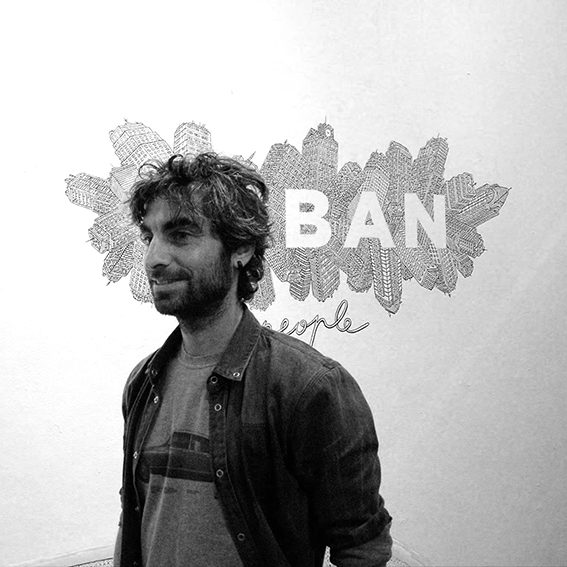 Fabrizio Contarino, Taormina 1976. After studying communication at International University of Perugia he received a Master’s degree in artistic production and research (2010) by the University of Barcelona, city where is currently based. His work, often loaded with irony and social criticism, focuses mainly on drawing, print reproduction techniques and installations that center on the relationship between media and memory. Using a large register of visual references he combines found images with his subjective observations to create a sort of fragmented narrative.

Fabrizio Contarino work have been exhibited in shows in Europe, Asia and Latin America.

In 2020 his solo show “ La Calle Adentro” was exhibited in Monumental Callao, Lima, Peru and in 2021 his project “The opposite sea” was showed in Vgac, Vilnius Lithuania.  His works forms part of various private and public collections, among them The University of Barcelona and Vilnius Graphic Center. He was a contributor of Rojo magazine from 2002 to 2011 and his works have published in several European magazine. A part from that he is co-founder and art director of Espai Souvenir (Barcelona)an artist run space focused on contemporary art, research and culture collaboration.